How to turn failure into success

How to turn failure into success.

Failure is part of life, and most certainly part of business. We don’t often acknowledge it, but failure is also a fundamental element of our success.

Our instinct is to be ashamed of failure, maybe because we don’t like how it makes us feel–humiliated, as though we have done something wrong.

1.Show humility when you face with failure

You will fail at one time or another. It’s almost inevitable. To shut yourself up in a form of denial or categorical refusal to even consider the idea of failure will not help you. Because failure can catch you up …

Failure is probable to happen. It is a fact. But once the fact is admitted in your mind, what do you do? For it to be useful, you have to train yourself to fail. It would therefore be necessary to set up a sort of failure alert in companies on the model of the fire alarm. The issue is mainly to identify early “whistleblowers” internal. Those who will identify the problem and decide that it must be remedied.

3.Identify the symptoms of failure

The sooner he is identified, the faster he can be stopped. The finding is obvious but how can we identify clearly the problem ? How does one identify that the storm is running? For instance, entrepreneurs should analyze their metrics as rising costs or falling sales. These indicators are points of warning and different perspectives that the entrepreneur can have on his company and the risks to which it may be exposed

It’s the good old pivot. This moment where you realize that you have to change and take a helm to avoid sinking. Because even if the failure is running, we must move forward. The example of Reed Hastings, CEO of Netvibesis relevant. When the latter wanted to separate his DVD service from his streaming service to create Qwikster. He suffered a terrible sling of his clients that he listened to. He deleted this offer 23 days later.

5.Think about the real causes

The idea is not to scourge or look for responsibles. We must ask ourselves how, why, when and where things have turned on the wrong side. The human management of failure is a real issue and the behavior of the leader must be analyzed and detailed. A step of self-analysis not to neglect.

6.Bounce back … with confidence

Once the failure is identified, processed and analyzed, it is time to move on. Without ever losing trust capital. “Once everything is absorbed and digested, you have to get back into the game. This means not spending your time looking back.

This site uses Akismet to reduce spam. Learn how your comment data is processed. 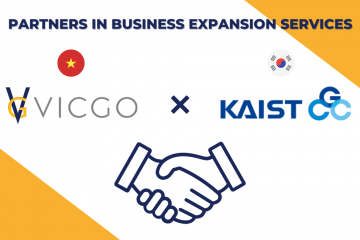 Despite COVID-19 pandemic, Vietnam’s economy remains resilient, achieving one of the highest growth rates in the world. Vietnam is believed to follow the right path to become the next “Asian miracle”.   What’s more, with Read more…

Healthcare is among the top spending priorities and fastest-growing sectors in Vietnam which accounted for 6.6 percent of total GDP in 2019. Spending on healthcare per capita is expected to triple from US$161 in 2018 Read more… 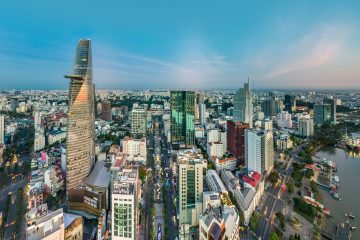 WORK PERMITS FOR FOREIGNERS IN VIETNAM DURING COVID-19 PANDEMIC

Due to the wave of COVID-19 pandemic, from March 22, 2020 Vietnam suspended the entry of all foreign visitors, and became more careful when providing work visas for diplomats, officials, foreign investors, experts, skilled workers, Read more…